Along with Villa Hügel in Essen, the Siemens Villa in Berlin is one of the most impressive industrial residential buildings in Germany.

Along with Villa Hügel in Essen, the Siemens Villa in Berlin is one of the most impressive industrial residential buildings in Germany.

Located in today's Berlin district of Steglitz-Zehlendorf, this stately house surrounded by its spacious park is a reminiscence of times when industrial pioneers wrote not only economic and social history, but also architecture history in the form of their private refuges. A gatehouse, a driver's house with three garages and a playful tea house at the end of the almost three-hectare park give the whole property today more than ever fairytale features. 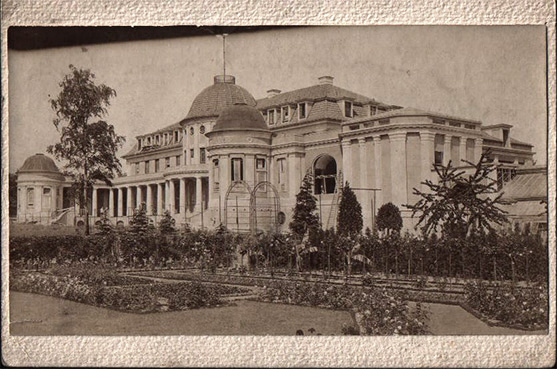 The history of the Siemens Villa begins as the “Correns Manor”, ​​for which entrepreneur Friedrich Christian Correns laid the foundation stone on May 20, 1914. The topping-out ceremony for the imposing residential complex in August 1914 took place during the war that was just declared. However the villa survived two world wars and the division of a city. Correns was director of the Accumulatoren-Fabrik-AG, from which the later VARTA emerged. He commissioned the architects Fritz Freymüller and Albert Denzel with the design and construction of this villa. The remarkably good condition of the building is also thanks to using the best building materials of the time and the qualified craftsmen who were directly referred by the emperor.

After the owner’s death in Berlin in 1923, his widow Emely Correns sold the mansion in 1925 to Werner Ferdinand von Siemens, with whose name it passed down in the history of the city of Berlin. 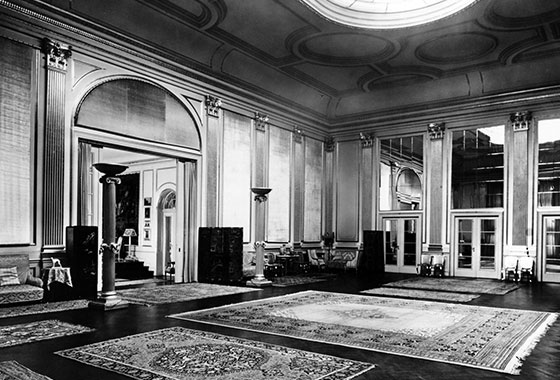 As an avid music lover and “hobbyist conductor”, Siemens had a concert hall of over 800 square meters built in 1928, which is still world-famous today for its extraordinary acoustics. Radio stations and music companies are busy recording there every month. The Wurlitzer organ installed there became world-renowned. Still playable today, it is one of the highlights of the Berlin Musical Instrument Museum.

From 1941 to 1976 the Ibero-American Institute and the German Central Library for Ibero-America were housed there. It then became the seat of the German Music Archive of the National Library, which was relocated to Leipzig in 2011.

When Stefan Peter acquired the villa in 2011, he had the vision of continuing to preserve this unique building for the public as a place for culture, science and art. This vision has been underlined by the collaboration with the Business School Berlin Potsdam (BSP), which has been based here since 2012, and the Medical School Berlin (MSB) as tenants.

In addition to the unusually designed rooms in their different styles, students and professors also particularly enjoy the park with its breathtaking spaciousness. Probably designed by Karl Riemann and the basic core is still in line with the old plans, it is only half of its original size. Nevertheless, with its almost 30,000 square meters, it is still one of the largest private parks in the federal capital.

In cooperation with the two private universities, an international forum for meditation and neuroscience has also been located in the Siemens villa since 2014.